List of projects for decentralized / p2p applications on meshnet

We understand that the idea behind building a meshnet and trying to create an alternate global network like hyperboria first needs a physical infrastructure in place to get rid of ISPs and then a set of applications that can be deployed on these alternate networks to get rid of the centralized applications / websites like facebook, twitter, etc.,

Anonymising Yourself Community Projects to Address Public Issues and to Engage Students in Community
karthik_ak 2015-11-04 13:33:49 UTC #2

IPFS is really cool, their thought is right. We must get rid of client server model.

IPFS is really cool, their thought is right. We must get rid of client server model.

I would consider it as a decentralized / distributed model based on the context. The concept of permanent web as described, I think is an accidental side-effect of the architecture I suppose.

With more freedom comes more responsibility, since it’s permanent web, once files or data added to the ipfs can’t be removed. IPFS should be used cautiously, should cross-check whether the file that we are trying to add in IPFS is the correct file.

Twister is also one cool idea. Yet to explore Zeronet. CJDChat is written by @suriyadeepan, @Vanangamudi & @nnpths01 collaboratively overnight to demonstrate a decentralized chat in a CJDNS routed p2p meshnet.

Joined twister and its awesome

Joined twister and its awesome

Joined? Is there any public instance of Twister or you have installed in your machine?

Installed on my laptop. Its a p2p stuff right. I am mindaslab in it. Join it.

@karthik_ak Check out Rumble and also a blog post on it. I have started using it and also spreading among my peers.

Some thoughts on IPFS, Capitalism & technologies of Social Control

https://prism-break.org maintains a list too, anyone tried working of mesh networks?

anyone tried working of mesh networks?

There are two types of Mesh networks.

It’s easy to achieve ad-hoc mesh, since it doesn’t require anything other than users and their devices, but these networks cannot replace the mainstream Internet which is hierarchical. So, Yes, we have tried ad-hoc mesh using Project Byzantium and we are already using Rumble (I am still confused whether rumble is just ad-hoc or it’s a ad-hoc mesh).

Infrastructure mesh needs to be setup with routers and access points and that involves additional cost. And moreover not all routers can participate in the mesh network, we need to find the OpenWRT supported devices and flash with it or we could use a SOC like beaglebone / raspberry pi. Either way, without identifying proper mode of funding, we cannot proceed with this type of mesh. This would be time consuming, nevertheless this is what we need to push for. These infrastructure based mesh have the real potential to replace the existing hierarchical Internet thus eliminating the need for ISPs. So No, we haven’t yet started working on infrastructure mesh networks.

Whatever type of mesh network it may be, we should remember that we also need applications that are also p2p to deploy on these networks. Though decentralized but not p2p applications will work on these networks too, but as more people join those services, they too will become centralized. For example, Diaspora can be hosted on a mesh network, there can be many pods, but if only one pod grows in number of users and the other pods fail to attract people, that will lead to centralization again.

P.S: I bought a wireless router from TP-Link exclusively for setting up a mesh node in my house. Before attempting to flash the router with OpenWRT, the router has got a manufacturing defect and I have submitted it for repair. When I receive the router, my first step would be to flash it with OpenWRT Image and install mesh protocols like olsr / batman-adv / cjdns.

Blockstack is a new decentralized internet where users own their data and apps run locally. Take back control over your digital life. A browser is all you need to get started.

Blockstack is decentralized DNS and identity.

With the Blockstack software, a network of computers collectively maintain a global registry of names.

When you run a Blockstack node, you join this network, which is more
secure by design than traditional DNS systems and identity systems. This
is because the system’s registry and its records are secured by an
underlying blockchain, which is extremely resilient against tampering
and control.

In the registry that makes up Blockstack, each of the names has an
owner, represented by a cryptographic keypair, and is associated with
instructions for how DNS resolvers and other software should resolve the
name.

Blockstack is already being used in production and currently more than 46,000 names have been registered using it. 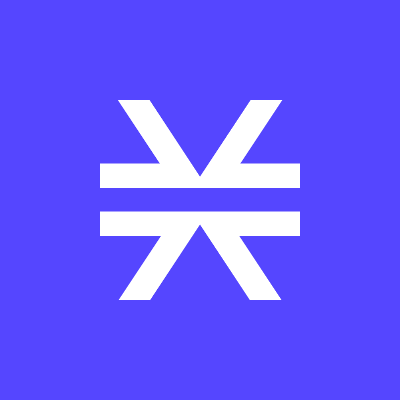 There is also another chat application called the ring. Get it here. https://ring.cx/

An interesting torrent site has just debuted which has the honor of being almost shutdown-proof. 'Play' has just appeared on Zeronet, a server-less P2P network that utilizes Bitcoin cryptography and BitTorrent technology. As a result Play might well...

I find IPFS very promising. It really seems to have the potential to redistribute the web getting rid of the large centralized datacenters.

I am now playing with IPFS on my home server (unlimited BSNL landline with FUP). My first impression is very positive. But, I notice that it consumes a lot of bandwidth (some kind of “seeding”, I guess). There’s no way I could use this on my mobile 3G connection with very expensive and limited data. We really need to eliminate all these irritating data limited plans. Or, we should prefer to use land line connections, or probably better still, run on our own mesh networks.

Does anyone know any websites or other data available on the IPFS network?

I found this article shared on GNU Social. I thought it might add to the discussion here.

The blockchain will be very useful for registering large corporate
capital markets and making cross-border banking transactions, but as a
system for the development of everyday applications on the Internet,
it’s a danger to the distributed structure of the network.

I found this article shared on GNU Social. I thought it might add to the discussion here.

I shared this in FSFTN Telegram group and we had few discussions there. @venkatesh.thennarasa was asking, how come blockchain could be a threat for decentralization while the primary objective of blockchain is the same. He also asked, isn’t time vs memory trade-off is what we should expect in such systems?

how come blockchain could be a threat for decentralization while the primary objective of blockchain is the same.

The article argues that the infrastructure cost involved in setting up a blockchain social network will be so high that a few large nodes will dominate the network.

When I started reading about adoption of Blockchain into financial systems, I too was worried, puzzled and amazed, how quick the capitalist system absorbed an idea which is alien to it. I am still not clear on its implications and on what basis system ready to leave control of the centralized control.

But I am sure, system will make necessary ecosystem to sustain itself. Like cost of hardisk is historically in lowest point and further getting lower, and all the devise we have have atleast few GBs by default, so in future definitely space constrain would not be of a problem, we need to be worry about. But how the financial institutions and capitalist system confident enough to go for block chain and decentralize their control/power. Which is in my opinion will revel a greater clarity on issues with Blockchain.

When there is a space constrain app like Twister, GNU Social, or Diaspora, with necessary freedoms, a community can host a node collectively and manage it based on transparency and democratic. When there is no space constrains like chat apps, which may not need max space would be ideally using blockchain. There cant be just no one solution for a systemic change. Users rights and freedom is all matters now. 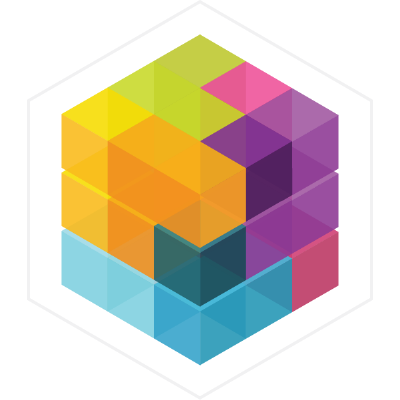 libp2p is the product of a long, and arduous quest of understanding – a
deep dive into the internet’s network stack, and plentiful peer-to-peer
protocols from the past. Building large scale peer-to-peer systems has
been complex and difficult in the last 15 years, and libp2p is a way to
fix that. It is a “network stack” – a protocol suite – that cleanly
separates concerns, and enables sophisticated applications to only use
the protocols they absolutely need, without giving up interoperability
and upgradeability. libp2p grew out of IPFS, but it is built so that
lots of people can use it, for lots of different projects.