MHA issues Advisory on Secure use of Zoom Meeting Platform. Platform not for use by Government officers/officials for official purposes. Guidelines to safeguard private individuals who would like to use the platform for private purposes.

Thank you for sharing this. For a few days after the government notification, people were really worried about Zoom but now most people have gone back to using Zoom. I prefer to use Jitsi and suggest that for people I know as well. While Jitsi is free software and good, many people are saying it does not work well when we have a large number of participants. I also went though this FSF blog:

I still feel there is a gap in the free software offerings for people who need reliable videoconferencing for a large number of participants. However, I would like to know what is the best alternative we can suggest for someone looking for more features than Jitsi. They might be willing to pay for paid support as well if we can suggest a free software that is better than Zoom. Is 8x8.com free software? Is there any other free software with commercial support (something like RedHat Linux, which runs on free and open source software but with paid support and assurance of reliability)? Any information you can share will really help me as I know a few people who are still trying to figure out what software to use for continued videoconferencing in the post-COVID situation.

Came across this news and wondering what it means for us: 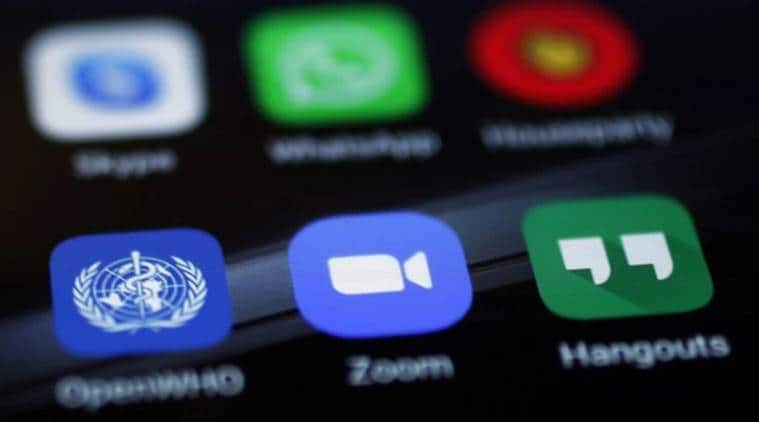 On Friday the Supreme Court “sought response from the Centre on a plea which has sought a ban on the use of video communications app Zoom for official as well as personal purposes until appropriate legislation is put in place.”

Personally I think Zoom is a horrible service and none of us should be using it. However, I also feel the government trying to ban private use raises new problems. How are they going to prevent people from using Zoom? Are they going to filter the Internet? Will this be the beginning of the new Chinese-style Firewall of India? Would like to know your thoughts and also wondering if we should take up any advocacy on this.

FSFTN should publish a statement about this explaining its stand (whatever that may be).

I am happy to have my view on online security quoted in this article about online Pride of LGBT community:

Pride Month 2020: Virtual Celebrations to Embody the Transcendent Spirit of...

Across the world, the LGBTQIA+ community comes together to celebrate the Pride Month in June every year, with joyous parades, events, and…

Here is the section in with my quote:
The security concerns associated with using online platforms have always been ubiquitous, but they have seen a resurgence during the pandemic. Chennai-based LGBTQ+ activist Delfina, who identifies as non-binary, points out that if the community is going to be doing a lot of work online, there is an urgent need to ensure that safe and secure platforms are being used. Referring to the numerous reports of “Zoombombing” — trolling and graphic content crashing video calls on the Zoom app — surfacing recently, Delfina adds, “Just as we will not meet in physical spaces that are unsafe or have hidden cameras or design features that make people feel uncomfortable, we cannot accept using a closed source software from an untrustworthy brand as the solution of choice for online communication, especially when it includes meaningful personal sharing.”

Will be happy to know what you think.

Many Privatized platform services that rely on commodifying social relationships (communication basically), come up with such wonderful statements and punch lines during startups or when a outcry emerges due to some biased policy or technological limitations.

Even if they really like to take Trust, Privacy, Security very seriously, it is not up to them to measure and provide it. Just because a few business entities decide what privacy is, its boundary is, will not stop them from exploiting the loop holes in legislature, culture, technology, in one or other way. Becuase when front doors are closed for exploitation back doors have to be legally opened up if needed.

We have to remember, any product or service is a manifestation of several work hour contribution of designers and developers. The current economic models hides their valuable hard work and replaces them with the a symbol, a color, a font, a brand… for sales and profit. The services can be updated based on social or technological feedback from users of the services whether it is proprietary or participatory. However proprietary will have space for hidden agenda, un recognized mistakes, ownership hegemony, labour exploitation, etc…

Internet as we know have gone through several changes from academic project, to utopoia, to business space to radical space to surveillance space, etc… among other things. However Internet is part of the utility that needs regulation. The question needs to be who or what is going to regulate it & How ? Regulation demands participation. And thus instead of being unregulated it is better being constantly regulated, but there will be an inherent struggle who will have control over the regulation. Control over the regulation does not mean Control over society.

On the other hand it feels better to be unregulated than to be regulated by a Fascist/Capitalist State in a Patriarchal Culture. As with any regulation, Internet as a space will remarkably have the potential to be a better utility for the commons if regulated by network of mass social movements instead of authorities, nation states, business entities.

As with any commons, if not protected it is by default becomes vulnerable for theft and exploitation.

I think there was a recent Tamil Open Source conference:

I know a lot of people have put it quite some effort and it is not my intention to censure or find fault with anyone. However, when I see the YouTube videos with Zoom logo on it, I am wondering if this program also had to use Zoom. Is it like some of us don’t seem to have an alternative to Zoom even for discussions about open source software. Is it really other programs are not good enough in terms of technology, or is it that even people in open source are not aware of alternatives to Zoom. I am again asking only out of curiosity and to understand what the ground reality is.

I was invited to this conference on Digital Rights and its sponsors include Zoom, Facebook, and Microsoft, as well as Mozilla. All their sessions are happening in Zoom:

With an exciting virtual platform and hundreds of sessions across one week of programming reaching thousands of experts and influencers across the world, we are pleased to provide opportunities for ...

Have any of you heard of this conference. Is it really a proper conference or some sort of event for corporate promotion.